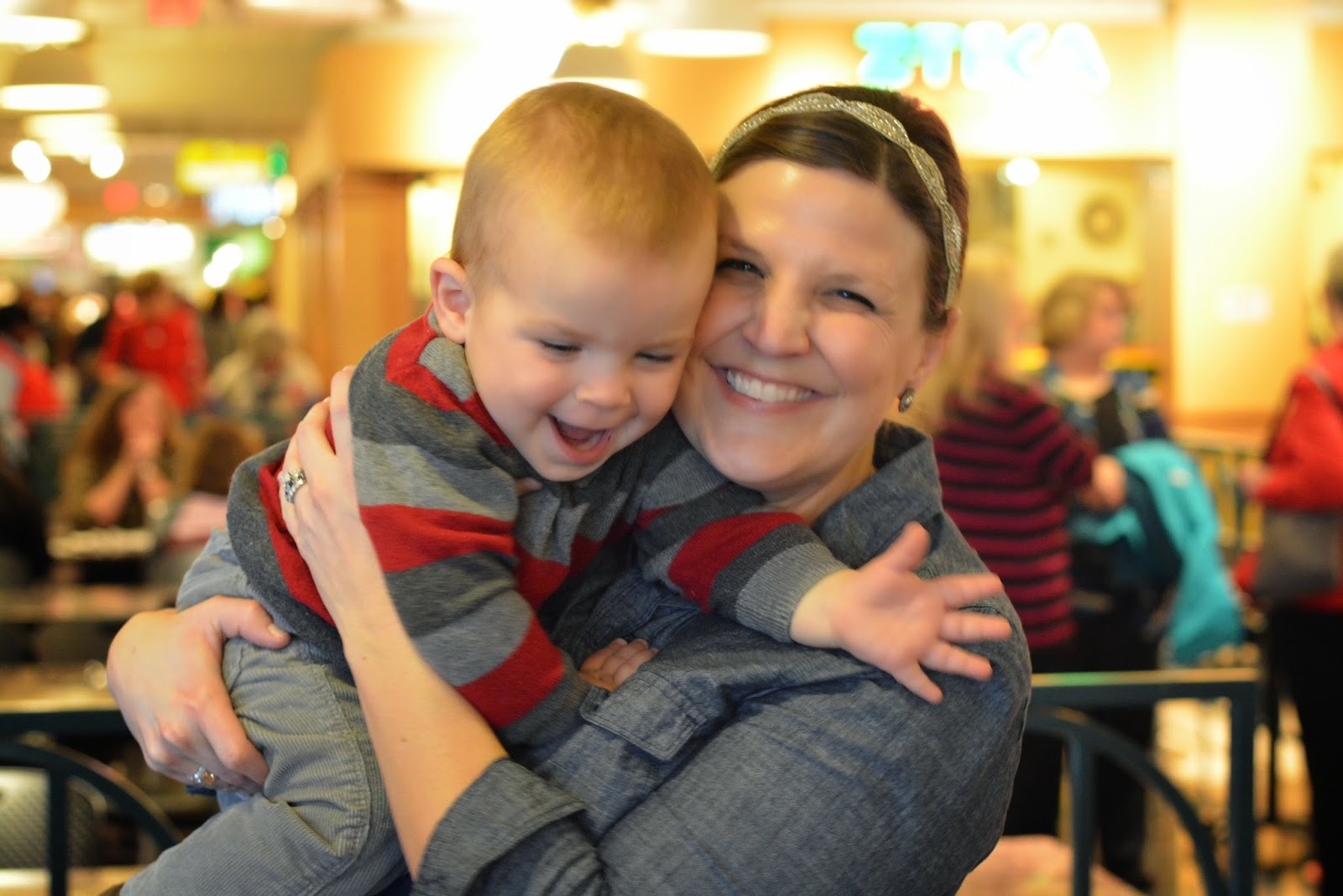 Before you ask, I have no idea where I've been the last two weeks. Can I use the excuse I'm a mother of two boys five and under and just started a new job? Please?! Anyhoo, here's what's been going on in our largely imperfect but kind of awesome household:


1. The Little calls me "MIKE!". Not just Mike, but "MAYEK!" In even sadder news, he calls my mother-in-law's gremlin looking dog "mama."

2. Since December 1, each morning begins with: "SH*T: did YOU move the elf?!" followed by lots of fumbling and weird excuses to return a child to his bedroom while the other parent awkwardly scrambles to make up excuses and move the damn thing. The concept is genius in managing behaviors over the magical month, but creates a new layer of stress for the family barely making it day by day anyway. Oh, Shelfton. How I love and loathe you.

3. When the Little eats, he does it with gumption. I'm talking hand raises, chair dances and all out moans of delight. We keep trying to catch it on tape, but he turns into a possum each time we try. A small gathering of strangers literally stopped to watch his eating show the other day. I tried to charge them for autographs, but they weren't buyin'...

4. The Big has started randomly cursing in context. I don't know whether to laugh or cry.

5. The Little one has learned to escape his diapers. Although teensy round cheeks are adorable, cleaning rugs is not. Our animals aren't even doing that to us yet. Keep it on your bits, champ. He's also developed a habit of perching his hand in the back of his diaper (similar to the guys' frontal resting spot), which can at times result in some not so clean hands. This is worse than nail biting, people and I don't think they make any fancy marketing items to break this.

6. Last week's Mix 93 morning show interviewed listeners for their gross and weird habits. If I had gotten through, Rocket may have been disgusted to know that I must fetch all boogers from kids noses. It doesn't even matter if I know the child. And not the icky sticky kinds, but bats in the cave. Neither child is ever going to forgive me for this and may already be dodging my hugs thinking I'm going in for one.

7. I think building forts is kind of hard. Especially when a certain five year old has so many rules. I literally purchased a fort making kit from Amazon the other day. But you know how I am with directions, so this too could go down fast...

8. Another kindergartener taught mine that you are to kiss your parents long and hard on the lips. In providing instruction that parents were more of the pecking kind (while I was wiping off from the surprise attack), I had one of those moments that goes "ISN'T THERE A BOOK FOR THIS? OR WHERE IS YOUR FATHER?"

9. I've converted both boys into Swifties. Hit the west side if you want to attend one of our dance parties or get a solo karaoke performance of "Shake It Off" by Lawson.

10. This may be too deep for the Monday thing, but I'm not doing anything well these days. Especially for the kiddos. There's far less playing, far more trying to keep up with it all and exhaustion all around. Gotta turn this ship around.

So what shenanigans are happening in your home, my mommy friend?
Posted by Meg at Monday, December 15, 2014

Ah, Meg. Your post brings back so many memories. Like my husband getting jealous when A would sit on my lap facing me, hold my face tenderly and proceed to "make out" with me at age 4. Or, G's loud humming while eating something he loved. The good ole' days. Flash forward to age 14 1/2 and a panicked text from Peter, who got a call from A at lunchtime wanting to know how he was conceived. Knowing his dad's musical tastes and wanting to one-up the other freshmen boys, his theory was it "happened at a Bruce Springsteen concert." Sigh...