Flats Are Where It's At

"I'm so pumped that flats are IT this spring!" I said to the Nordy's gal, who, with her fanny pack-time item and large, flashy jewels seemed to share my excitement. (PS: As if I had any business saying something like this based on my shoe to income ratio.)

Sure, they make my calves look fatter (if that was even possible) and don't have the sexy edge that's sometimes needed for that sassy dress, but this gal is turning 32 this week. And has tendinitis.

So these feet? No longer made for walkin'. In heels at least. And definitely not for chasing after a two-year old whose face lights up a little too much as he watches his Mommy catapult herself down the street after his basketball. 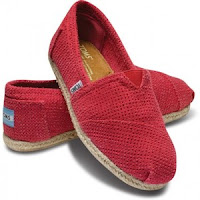 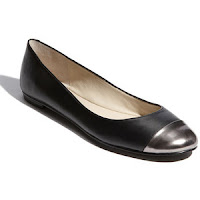 Ok, and I totally already bought the DVs (pink loafers) even though I had no business, once again, doing such shennigans. I think I had a momentary lapse in judgement in the midst of their cuteness. And I can't stop thinking of the same ones in the most ridiculous color of blue.

So how about you? Will you sport flats this season?

PS: my take on the much-coveted TOMS ballet flats? Super comfy and pretty cute. But I need something with a little more oomph. Also, if you buy, go at least a half if not whole size smaller! And TOMS - if you bring the sparkle, I'll bring my debit card.
Posted by Meg at Sunday, February 19, 2012