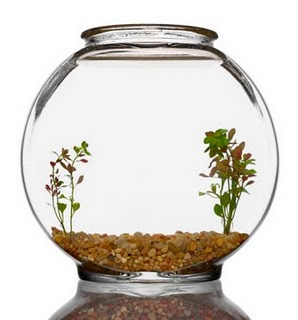 Rounding the corner of the last half-mile, cursing a hill and reminding myself of the Pinterest runner that said something about putting one foot in front of the other, I paused to focus on my iPhone, the familiar scroll of a text crossing the screen:


For many, this could cause alarm to receive such news, particularly via text, but for me it was ok because it meant a beta fish lived nearly a whole year before taking his swim to heaven. And please don't judge me when I even go as far to share with you a fleeting thought of "one less pet - hooray!" went through my mind.

Did I just type that out loud?

And please don't tell Ellie and Sully, who I love dearly and will weep considerably when they take their trots to dog and cat heaven. Though I imagine they'll have to teleport Sully up given his consistent weight gain and shocking resemblance to the "morbidly obese" shadow figure on the vet's poster...

How ironic that little dude decides TODAY is the second day ever he is uber interested in feeding the damn thing. Watching him dump out the small plastic bottle and pinching the foul pellets into the top of the tank, I wrestled with sharing lessons on death and dying with a two-year old or just letting him believe the magic that was Fred's back float at the moment.

You can guess what I went with.

RIP Fred. May the waters where you're headed be cat-free and filled with other fins.