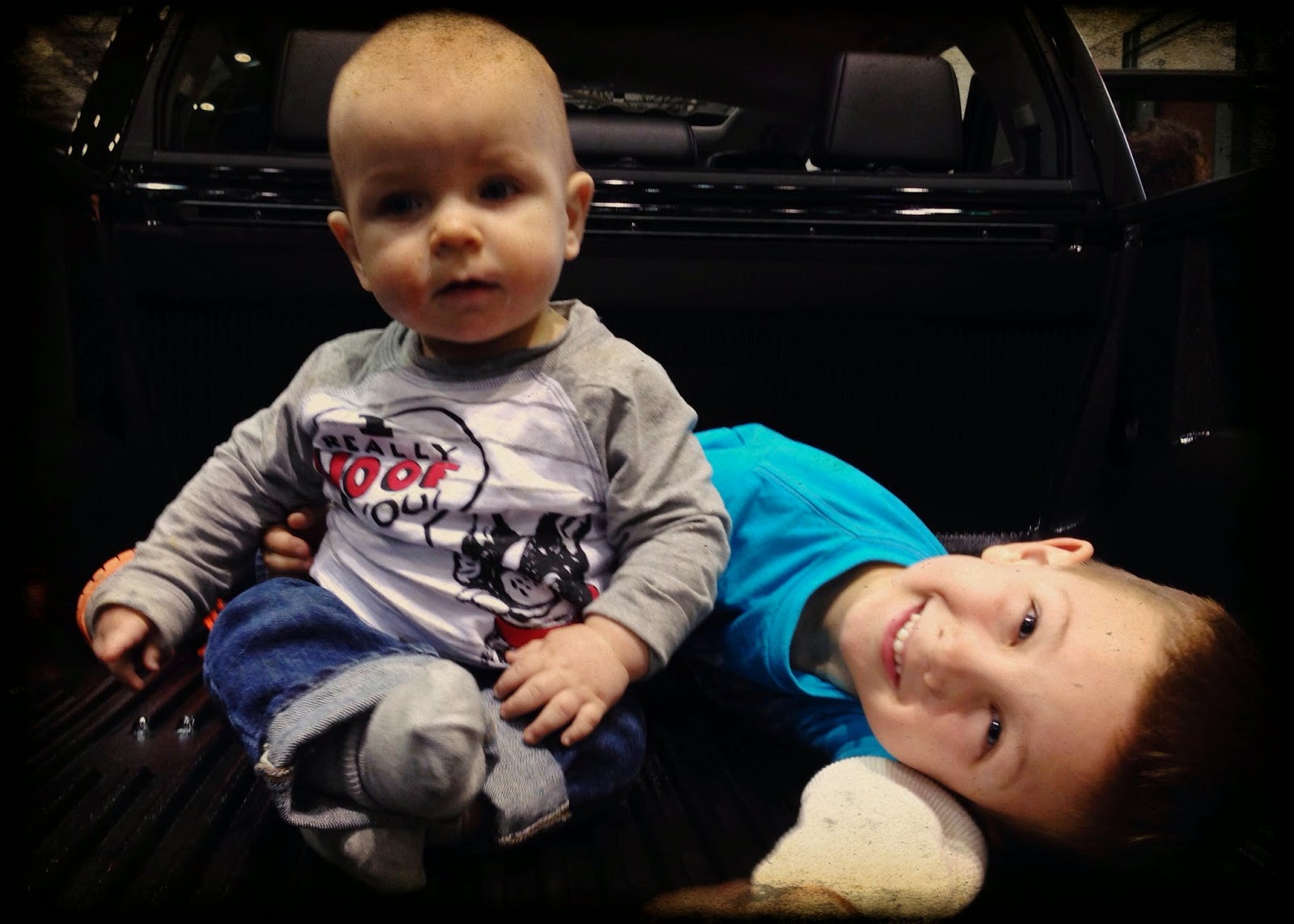 1. To celebrate St. Patrick's Day, we visited Sears while Squeak consumed a bottle of milk on their carpeted showroom floor. It wasn't even green or anything. Hey: a family's gotta do what a family's gotta do when the fridge breaks down. Though I'm not winning Mom of the year, I did, however, manage to get the kids green shirts. Ok, ok, Nana picked them up, but I washed them and put them on them. Points?

2. While attending a child's birthday party at Sky Zone this weekend, it took every ounce of me not to pretend L was scared and needed my assistance. Man that sh*t looks fun.

3. Traveling for business sans the Medela was perhaps one of the most liberating experiences of my life. Of note: laying near the pool in a business suit for one hour all to my lonesome was equally freeing.

4. In the past two weeks, we've been to the doc office three times. I'm fearful I'm being added to the "mildly psychotic/frequent flier" list. To be fair, we ended up with Influenza A and an ear infection. That doesn't stop the providers from looking for the crazy between my two ears.

5. For one iota in the 2.5 second drive between daycare and pre-school, I was so fatigued and tired of fighting Squeak in his car seat I considered doing just one latch. I then immediately assumed this was the moment we'd be rear ended and I would never forgive myself. Damn you, Murphy's Law.

6. Recall when I shared that dressing Squeak is literally like wrestling an alligator, then consider my husband shared if you distract him at the head, you can use your long arms to whip his pants on his legs. Genius. And again, just like the alligator. Now perusing YouTube croc tying videos to see if rope for his hands and jaw could be beneficial.

7. Did you know that two itsy bitsy pieces of white enamel can equate to a natural disaster in an infant's world? True story. It's like  a seven up in here.

8. Babies that toddle like Frankenstein are funny 100% of the time. 100-percent. Get video.

9. For us, banning the topic of kids on a rare date seems like a good idea until you become that couple that is cleaning their silverware or staring blankly into space. Let's hope the empty nest stage brings us some content the two of us can share. Oye.

10. I have a conspiracy theory that my husband did some Pavlov work with Squeak in my absence as the kid won't snuggle at bedtime anymore. If this is the case: he will pay. Sweet smelling little baby heads, particularly on my last one, are a day's absolute delight.