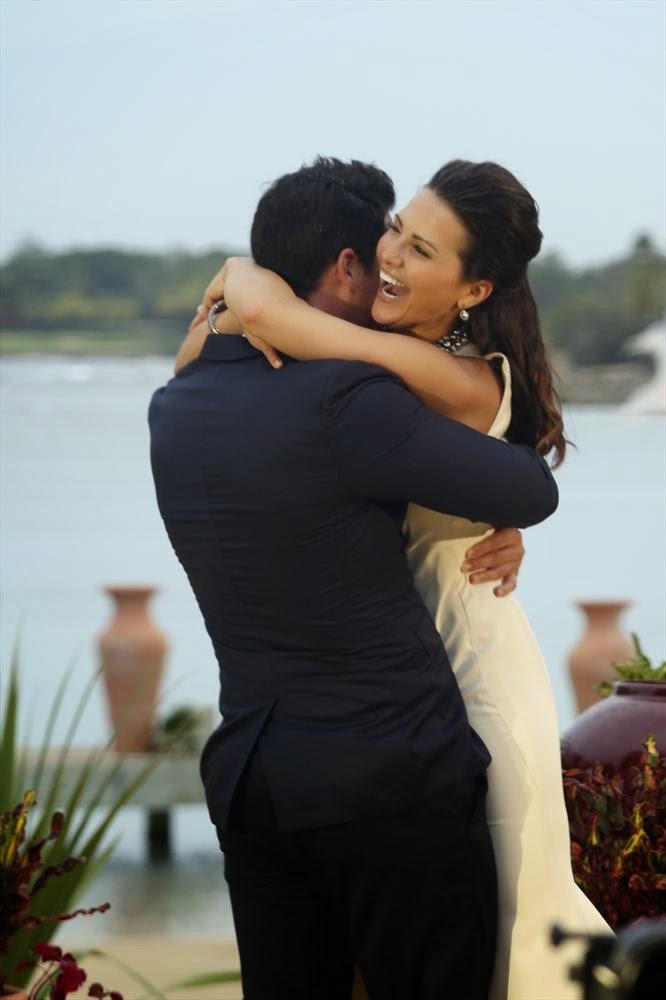 Winning "Mom of the Year," last evening, I chose to totally ignore my children and give them "quality time" with their father to prioritize none other than: "The Bachelorette" finale. Therefore, this week's Momfessions are dedicated to the beloved, although be it trashy, reality series. Judge all you want, but sometimes a mom's gotta do what a mom's gotta do. To be fair, I think I changed a diaper in there and wrangled a tantrum, but I'm not sure as I was digesting Andi's comments in between.

1.) I'm curious as to where Andi obtains all of her backless items. Sure she looks amazeballs in them, but the last time I wrangled one of those up it was slightly fuzzy and red and I'm pretty sure I was illegally dancing on top of a bar. Yikes.

2.) During the "ask" of Andi's father to propose, part of me really wanted ABC to run the song "Rude" by Magic in the background.  Especially when Nick asked. #teamjosh

3) If Chris Harrison suddenly retires and his job is open, I'm totally applying. Surely the travel is negotiable. Either that or the whole crew is going to have to travel to exotic places - darn. If that role doesn't work out, I'm going for the limo driver. A) the car is cool b) oh the things you could learn c) you're mysterious but in the game. Baller.

4) Pretty sure Andi should go ahead and get that restraining order out now against Nick. Hello - he had the crazy eyes from day one. Really neither are men who I'd pick for her, but again, no one asked me. Except for DP, who still owes me as our bracket manager for winning the whole thing.

5) I still wish Neil Lane was one of my besties. I imagine us sipping mimosas oceanside when he knocks on my condo door and asks me to try on some of his new products.

6) Tonight I shall write my proposal to be on the next "Bachelor" to try to win my soul mate, Chris's heart. I don't even know if he's next in line or if my husband will mind, but it seems worth it. Even with that whole Iowa and homemaker stuff he has going on.

7) Anytime Grumpy Cat makes an appearance, I'm all in. Way to go ABC. And yes, we've been practicing the frowns with our Bachelorette cult at work. We noticed. Of note: she still looks pretty - even frowning. Damn her.

8) For a short moment, I was pretty sure Josh was going to pull a Tom Cruise on the couch move at the "After the Final Rose" event. It made me slightly nervous.

9) On my goal list: mastering the Andi ponytail with no stylist. Ha - right.

10) Andi and Josh's little caramel babies are going to be ridiculously cute. GAP should go ahead and secure them for an ad now.

So what did you think of it all and how'd you do in your "Bachelorette" bracket? Cheers to another season!