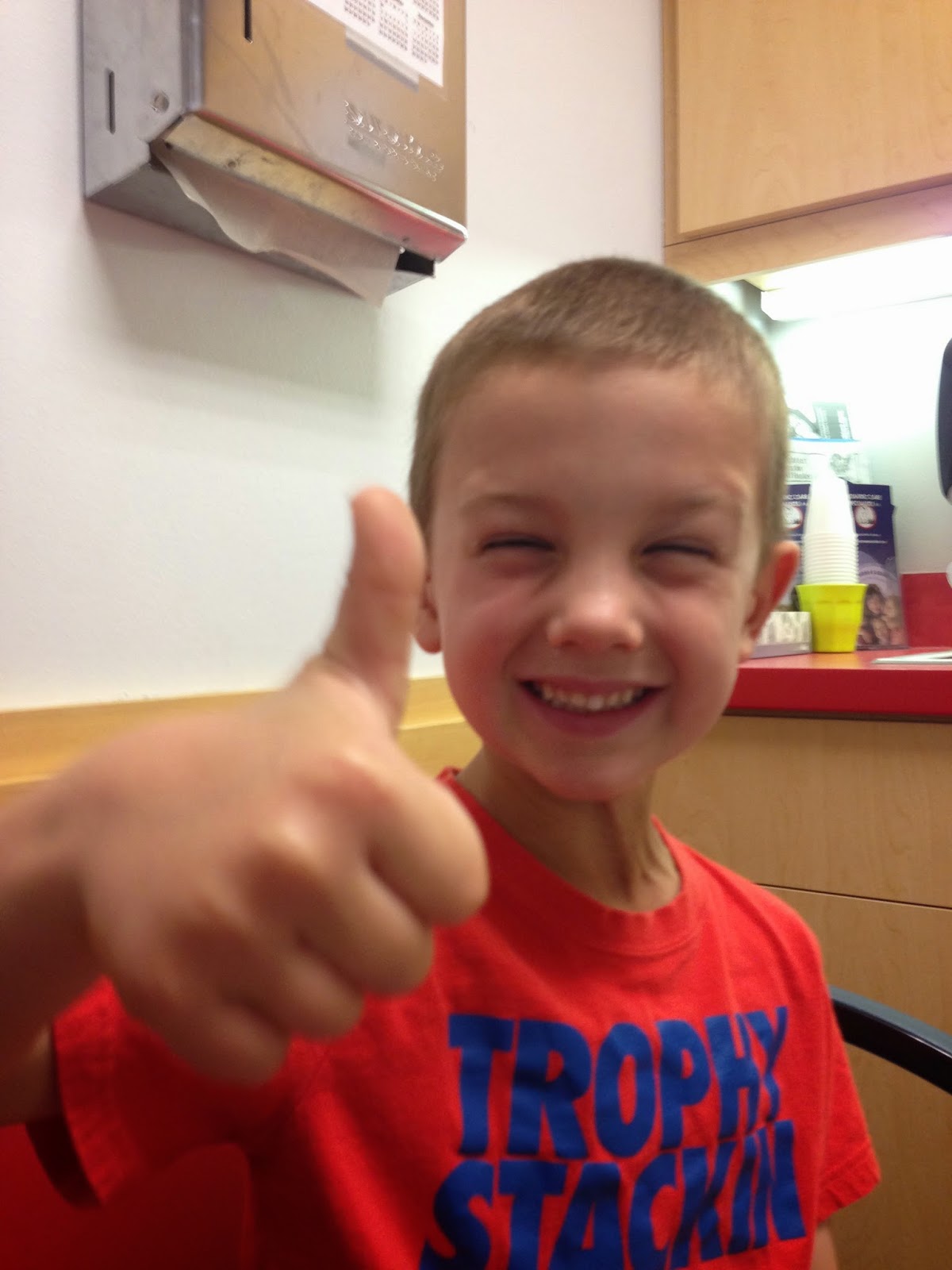 1. Of note: Mexican jumping beans are a horrible souvenir to bring home to the children. Those things are friggin' annoying and can still be scavenged out of the trash due to their obnoxious sound by your wiser one.

2. The Little has mastered a death stare. I mean a straight up, sleep-with-one-open look that even caused my knees to wobble a bit. And I already partially raised one son. Oye.

3. It's official: children and husbands only start melting down and becoming extremely ill when Mommy is a six-hour plane ride away. Receiving this text during the prescription pick up does not instill confidence in how things are going, even when listed as "fine": "Jesus Christ. Lawson just locked himself in the bathroom at Target. We are a mess! Please hurry home!"

4. When raising a small destroyer such as ours, it's imperative to have extra budget money allotted to "other's items he WILL ruin." This may include things as chairs he tips and breaks in half, Spiderman balls he tosses into the bonfire and Nerf devices he snaps in half with his odd bear strength. While building up this fund, also consider a shirt in your size and his that just say "I'm so sorry."

5. A child that learns to buckle his own seat belt calls for a party. I'll bring the beer.

6. Don't feel guilty if your second child is not featured in family photos for a few years. A) He won't know for awhile, even if you do think that blank stare means he does B) you'll spend three hours preparing for it to potentially get one shot where one isn't falling off a rock, slapping his brother or removing his shoes. C) You'll be sweating trying to manage it all before the shoot even begins. Powder up, mama.

7. As usual, all things can be solved with food bribes. Flu shots, family pictures, going to school on a Monday, completing homework and stopping the tears. Just do it.

8. There will never be more excitement about a plane in the sky or an emergency vehicle passing than that of a 17-month old that can shout and form his mouth in the perfect surprised "O." Every.time.

9. The Little is still on a restaurant ban. Just ask the kind patrons of Panera on 119th street. Also the opportune time to wear one of those "I'm so sorry" tees.

10. There may be a point where "old lady" and "old man" become terms of endearment for your five year old and you just won't know what to do about. I don't even have the energy to explain anymore. Maybe he identifies with them because he's now obsessed with Yahtzee...