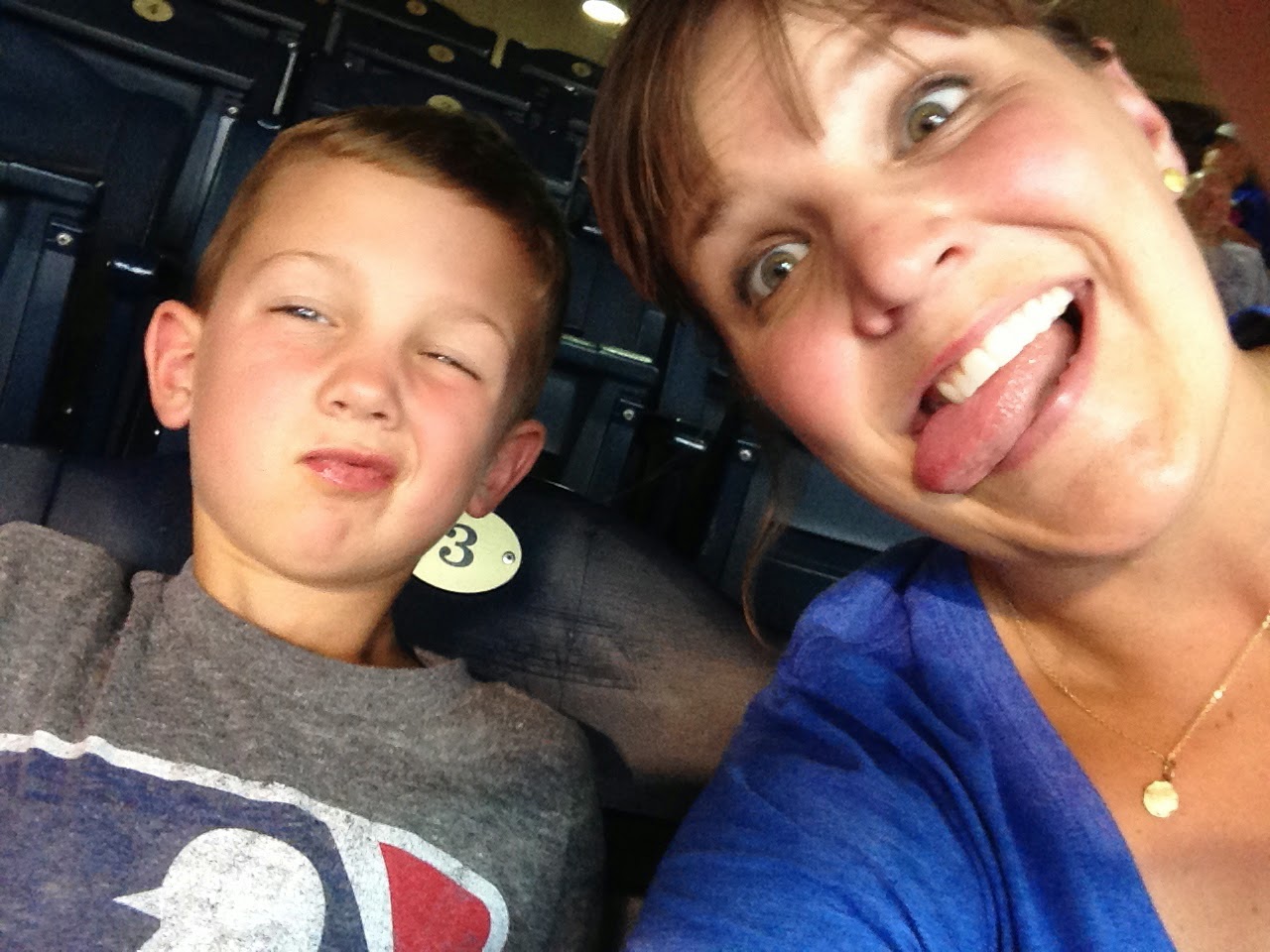 The last few weeks have been all about the Royals, with social feeds filling up with #beroyal, witty tees being purchased, late nights with the TV up and fingers crossed and an overwhelming sense of pride resonating through KC. It's enough to bring even a mediocre sports fan to slight tears behind the eyes with the nostalgia of it all.

Meanwhile, in western Shawnee, we have our own game going on. It's called:

Of this game, I'm the biggest fan. For each night the Big wraps up dinner, waits patiently as Daddy cleans the kitchen and Mommy tucks away the Little, then pops up just as I close the nursery door behind me and says:

And though the fatigue of the day has just begun to settle in and there are a million things to do around the home, emails to respond to and conversations to be had with the husband, the answer is always:

With a smile. With anticipation. With engagement. With love.

We trot out to the pavement, just the two of us, the glow of the moon and the coolness of fall evenings settling in around us. Gloves perched on our hands, we toss for nearly an hour, sometimes conversations rich, while other times barely a word in spoken at all. We trade positions, the ball's shadow barely visible in the darkness of the night, the "thwat" of each earned catch bringing satisfaction to the catcher. And in this hour I hear things I may not have ever discovered about my growing son if I'd not taken the time, answer questions that burn with curiosity in his expanding mind and delight in the feeling of unconditional love in a simple game of catch.

It is, perhaps, one of life's greatest delights. Even better than a championship for the home team I dare to say.For this home, this team member, and this champ stole all the bases and my heart in these moments and so many more.

Thanks for playing ball son. May there be many more games of catch after dark, for I never want this series to end.
Posted by Meg at Tuesday, October 07, 2014