I Leave Them Home for One Day... 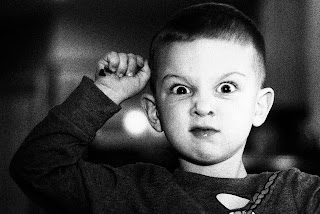 And our son falls in love with “Angry Birds.” I’m talking all out lust, will break down in tears when you cut me off at 15 minutes kind of puppy, er, bird love.

“Are we sure that is an age-appropriate game for him?” I asked the hubs, who happened to be just as engrossed as the wee one with the Star Wars themed version of the game.

With a harrumph I turned my back and began mopping the counters, feeling a bit like a 50’s housewife in the moment I had lost the argument. That and I was still questioning my judgment because after all, every tee store in town offered an “Angry Birds” option in size 3T. Other kids talked about it. And Lord knows nearly ever gentleman I pass holding their wife’s purse at a retail store is playing while he patiently waits. But did it make it right for my growing boy? And so my obsession with the obsession began.

Little Dude had been home for two days, his fever climbing to 103, leaving him confined to our four walls and rooftop while he fought off infection. Between bouts of Pedialyte, lengthy snoozes and “Tinkerbell,” he found his affections for “Angry Birds” and hasn’t looked back. In fact, it was becoming kind of a “thing” in that some days he’ll beg for it, negotiate with me and for hours spend crashing into our furniture, bouncing off my big belly or simulating a scene across our bed pillows. Though generally a laid back, anything goes kind of Mom (though notably oversensitive to noise and extreme activity), I began to wonder if the game had become a gateway drug to all other things boy, and if it three was just too early for all the shenanigans.

In the week that followed, Ironman, Spiderman and Batman made frequent appearances on our home screen, the cleaner 60s versions still sparking the kind of passion, excitement and babbled question after question I’d not yet seen before in our preschooler. This weekend it’s “Transformers,” and I slightly cringe as later I watch him bash his Legos together again and again, focused on good guys vs. bad guys, punching others in the chest and other sad choices he used to be terrified of because it just the thought of it could mean a time out. 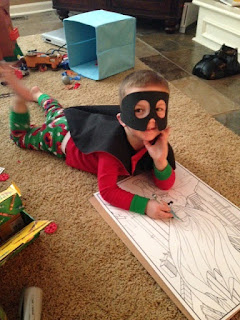 I hear it’s all normal and find some solace in that every time I approach the pre-school playground the boys can only be found wrestled against one another on the green top, laughing as they twist each others limbs and shout into one another’s ears. This does not excuse however, the words he learned from friends this week (“kill” and “dead”) from becoming frequent phrases in our household. That and the frequency of hitting instead of using our words when emotions are high are enough to send me over the edge some afternoons. And don’t get me started on the droning lull of “Mario Kart” as it blares across our halls after a long day (bright side: I can spruce something and get a load of laundry done in these moments!)

With another on the way I’m working quietly through what this means, straining for understanding, trying to embrace the exposure and talk to other Moms about the exposure’s potential impact, if anything at all. As one of most gentle male friends who has recently become a new Dad said: “You wouldn’t believe the violent stuff my brother and I would do…and look at me now!” And it’s true; this guy is quite the gentle giant.

So maybe there is hope out there, “Angry Birds” or not. For now I’ll celebrate his cuddles and quiet times in between, the way he still adores princess cartoons and the cautious way he approaches new things and uses kind manners in social situations. In fact, there’s not a thing I’d change about him, this remarkable little boy who is changing so quickly in front of my eyes. But I will admit: I don’t get it. And I’m not sure I feel great about it. And I don’t know what it means for my job of building a strong character with a nice blend of compassion, gentleness, kindness and well…maleness. But I’m doing the best I can, which I hear counts for something. 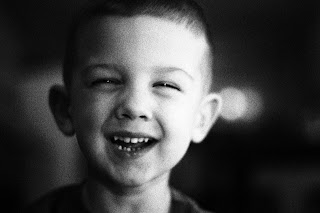 And the hubs? He’s pretty smart too. So together we’ll do our best, I’ll build my trust and continue to attempt to understand this male brain that functions and is drawn to things so very differently than ours. And I’ll love, support and teach along the way with open conversations, exposure with boundaries and explore what he has ticking in his constantly revolutionizing brain.

But I’m not buying an “Angry Birds” t-shirt, that’s for sure…