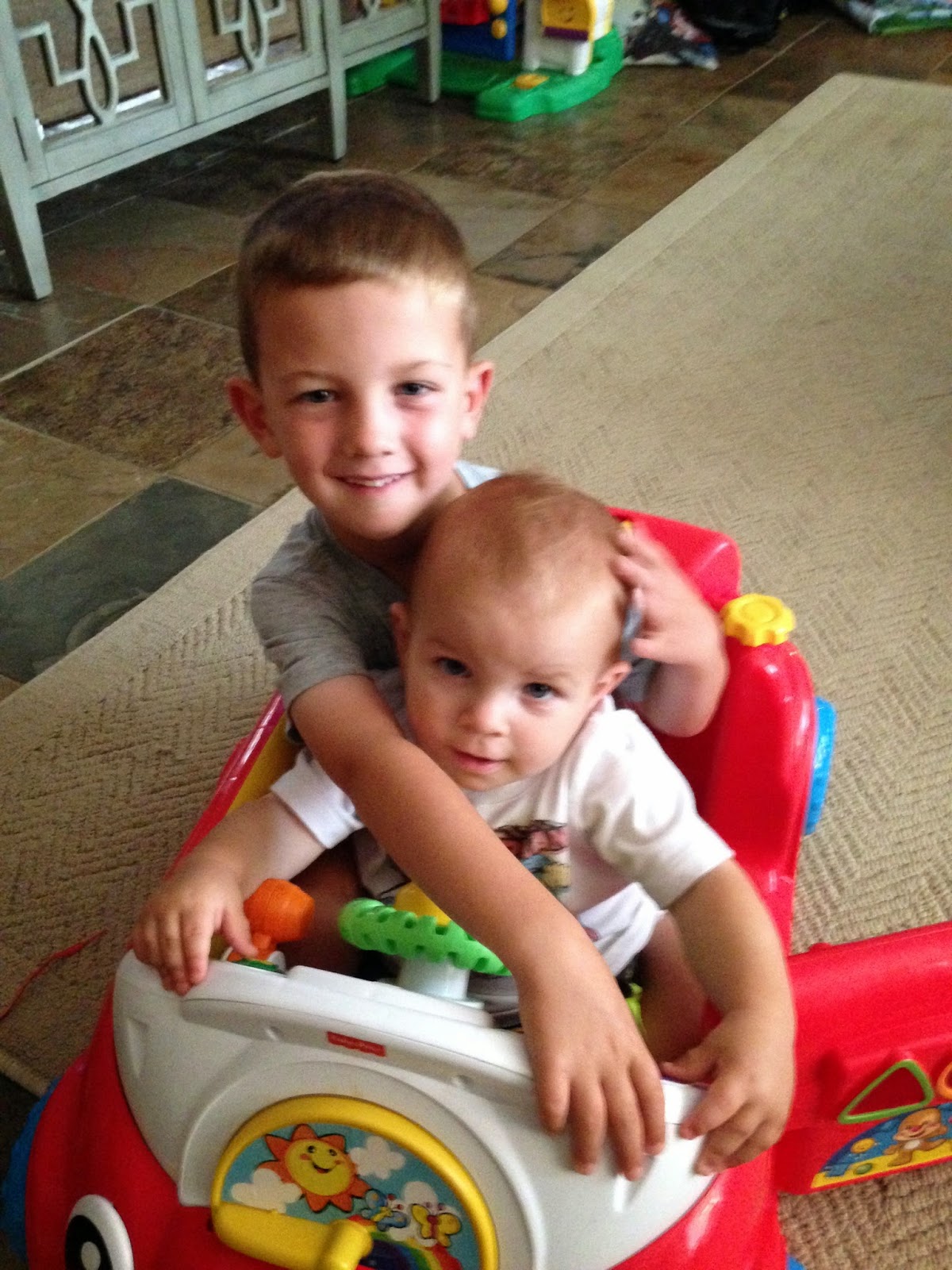 1. Tonight I violated the no shoes, no shirt rule that's so important to gas stations and made it "no problem," using Kenny Chesney's song as inspiration. To be fair, I gave the Big a piggy back ride and hoped his preppy school uniform would buy him some grace. After all, we were spending a whopping four dollars on Skittles and Gatorade in anticipation of five-year-old shots tomorrow. And no one stepped on glass or anything - bonus.

2. The amount of times I have to clarify with the Big "are you all buckled?" from the moment I just snapped them in to the one foot walk to the driver's seat may make me a very viable candidate for early memory loss. Will you please come visit me in the home and remind me of your name?

3. During a TSA search of my handbag last week, the following items were unearthed: shin guards, four pair of toddler socks, two diapers, a sippy cup, a small soccer ball, a whistle, Thomas the Train and half eaten granola bar. Can you say you've hit the mother load, literally?

4. I've hired my Big to become my own personal spider-killing machine. Genius or cruel? You decide. He seems fine with it...

5. Family lesson of the week: if a glow stick breaks, your eyes will stop stinging within 30 minutes and your vision will return. Assure your moaning child of this, pretend like everything is fine as you squeeze your eyes shut and hang tight. Then turn it into a valuable chemistry lesson while you're at it.

6. Using a two-blade on your child's hair who is already very thin with dark circles under his eyes from allergies will only solicit stares as if he should audition for a St. Jude commercial. Don't believe the hair dresser when she says she can do the same with that blade as she does with a fade with the scissors.

7. Speaking of hair cuts, the second child gets their soft little duck tail just chopped off by Daddy in the master bathroom. No pictures. No plan. No golden certificate documenting this monumentus event. Just snip, go and gratitude he's no longer sporting a unique rat tail.

8. Gah grant you patience until your five year old starts showering on their own and managing their hineys. When both occur, go out and celebrate. This is huge. Liberatingly huge.

9. When clients you haven't seen in awhile ask you how your children are doing and you indicate the second one is "hell on wheels," come up with a quick nice statement to follow up. They will pause and stare at you until you do. "Fine - thanks for asking" always works if you're at a loss.

10. The statement "ignorance is bliss" can sometimes hold true in parenting. For example, when your Big starts calling everyone he loves "old" as a term of endearment, when your Little still uses brute strength to sit on things when he's not getting his way, when you went ahead and took them out in public with stained clothes and when siblings start to brawl like a pack of WWF wrestlers are prime examples. Surely it can still be ignorance if you just ignore it, right?!

How are you and your families, dear friends?
Posted by Meg at Tuesday, September 23, 2014