“You were such a good traveler bud – give me a high five!” I said with half enthusiasm, half wear in my voice as the hubs may his way to the lobby desk, greeted by an incredibly friendly staff, who promptly whisked us up to the fifth floor along with other family members for our stay. Despite being under construction, the lobby was beautifully decorated and clean, contemporary and simple, easy access to all things guests need and some of the kindest staff members this gal has experienced in her frequent travels.

Still smiling, the bell man brought up our loads of bags, even searching the hotel and immediately finding the one that had been misplaced in all the hoopla of Mike attempting to carry six while I tried to keep the toddler sleeping upon our arrival given it was his first and only 30 mins of snooze for the day. Traditional and elegant, crib-ready and beds so soft you may never want to leave, Room 515 was comfortable, large and ready for our long and complicated stay. Plus, there was a really fun doorbell used by hotel staff, which was super fun for those that are two. Ok, and maybe the rest of us too.

Best of all, we arrived to this: 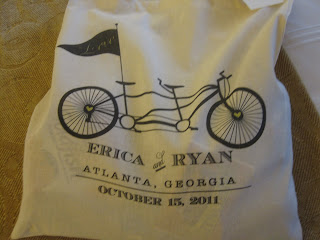 A customized, themed, adorable bag complete with treats of crackers, snacks, gum and water and beautifully crafted instructions for the weekend…super handy for those attempting to pull up their wedding web site with tiny font on iPhones. The tag, perfectly printed by the bride herself, grew our excitement and made it more real that this was all really happening. 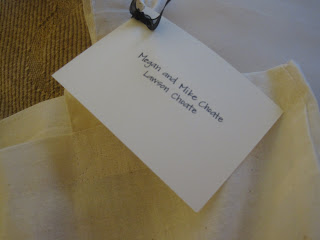 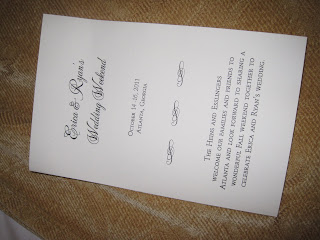 Minutes later, the toddler was ready to roll, as you can imagine after convincing himself (ok and succumbing to bribery) to stay in his seat on the plane for three hours, then jumping in puddles patiently as we had attempted to install what appeared to be an 80s, why even bother car seat. So best of all #2:

Our hotel was connected to a mall.

Genius. For me and him as this meant hours of running in the a.m., complete with viewing fountains and witnessing the launch of the iPhone 4S and opening of the largest Forever 21 store in the south. Normally I’d be standing in those lines, but in this case, the high of just watching the shoppers was enough. Not to mention there was a Kinect game going strong at all hours where you could make a fool of yourself to instill laughter, a walkway that highlighted the moon (he's obsessed right now) and benches galore to scale up. 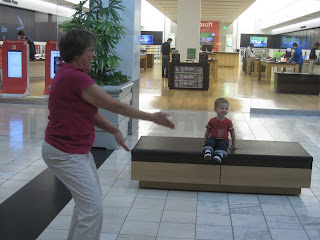 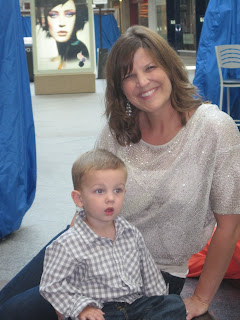 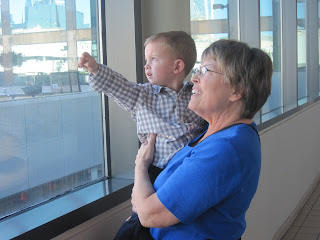 Two personal phone calls from the bride and groom, a few quick minutes of unpacking, picking up the tuxes, snagging a quick dinner at CPK and day one of Wedding Weekend was complete.