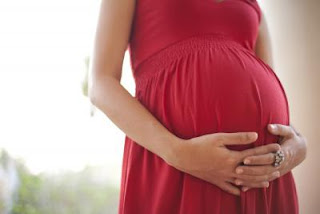 "I mean, I get it, they mean no harm...and might even be trying, but seriously?! Not a compliment," I said to my girlfriend as we giggled over the things people say to preggos. Here's my PSA on this topic so far with nineish more weeks to go:

1. "Wow - looks like your son is going to be a big boy!" while staring at your belly. Unless they have x-ray vision, this just makes a preggo feel fatter than she already does.
2. "I seriously have to figure out how to go on maternity leave - three month vacation! You're so lucky!"  Generally spoken by those that have not experienced it for themselves, therefore don't know the nitty gritty. Invite them for a week of it and see if they ever call it a vacation again.
3. "You look ready." Interpreted by preggos as: a) you look uncomfortably large b) your expression reads as you may murder someone c) you look tired as sh*t d) you just don't look good...at all.
4. "You look like you're going to pop!" Again, is there a fat joke tied to this or what are you insuating?
5. "So when are you due, like today? You look like it!" Seriously, I get it. I'm fat.
6. "I have no idea how you're going to manage it all. You're crazy." Me neither, but do we need to talk about it?!
7. "Things are going to get overwhelming - what about only having one child?" Uh, a little late for that my friend.
8. "Jessica Simpson was HUGE - she weighed 200 pounds!" Some of us have already peaked there, my friend.
9. "It looks like all your weight has gone to your butt at least." Um, that's NOT reassuring. There is a reason I've not peeked into a three-way since this whole thing happened. Thanks for the heads up, or should I say bottoms up.

The un-compliment compliment - mean no harm, take with a grain of salt and know people mean well. Or just don't know what to say at all. And love them anyway.

Then call your preggo friend and vent about it. She'll totally understand!
Posted by Meg at Sunday, February 17, 2013