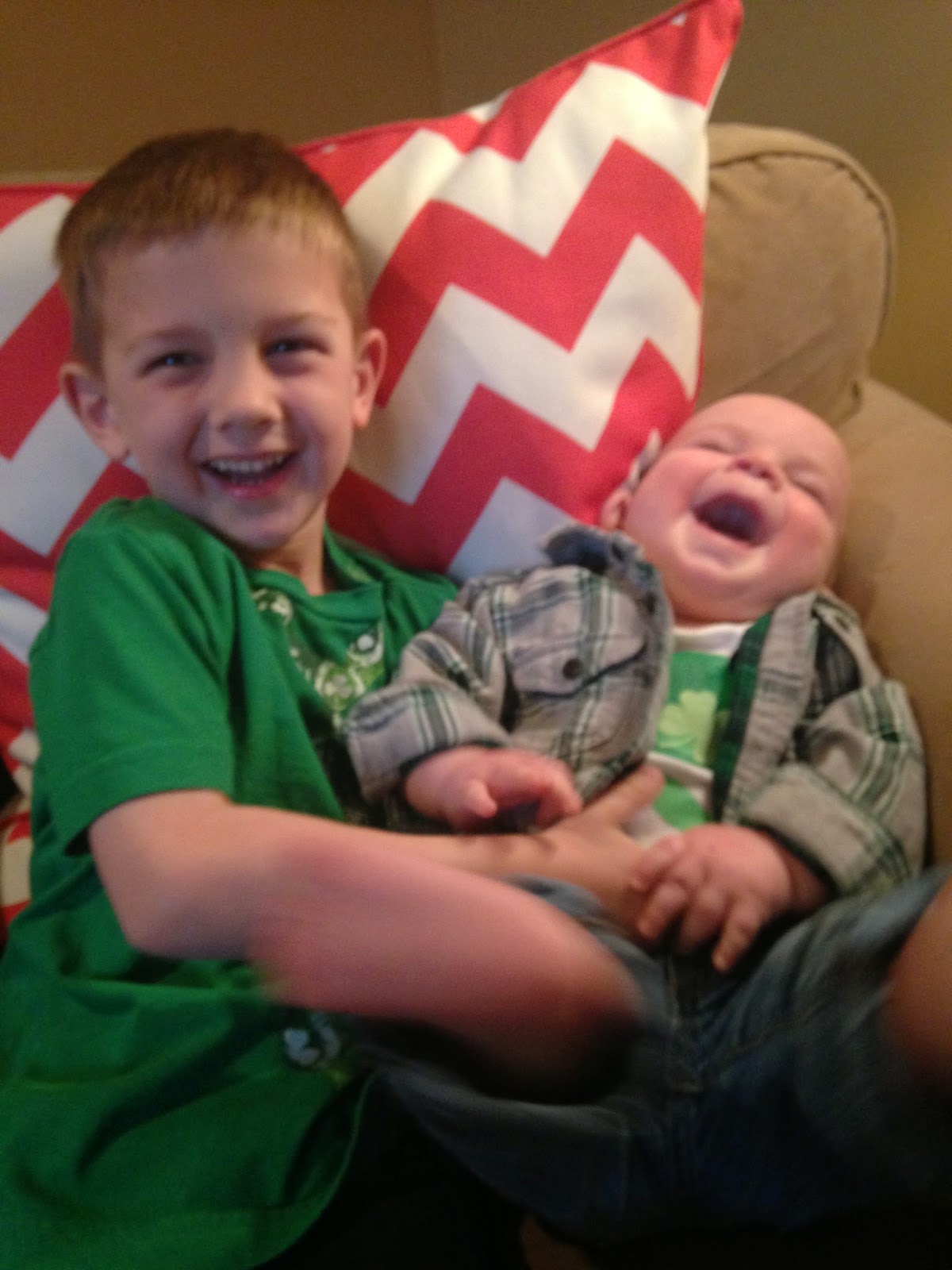 1. I robbed my kid's piggy bank to reimburse a friend. To be fair, the money originally came from a scavenger hunt he had in my room. Also, he will be paid back in full with minimal interest. Maybe in candy. Which is totally the same. Shhhhh.

2. In our house, eating off the floor is totally acceptable. Caveat: must contain three dog hairs or less.

3. Convincing a 11-month old to take a sippy cup should be an Olympic event. Also, the government should provide funding toward this until the child discovers one he will actually like.

4. It's impossible to leave the house before 7:30 a.m. without having achieved a sweat-induced workout. This totally counts as the gym in my book.

5. Finding shoes for a Fred Flinstone look alike is near impossible. Thank you, Clarks, for expanding into kids shoes for the short, stubby, beyond wide population.

6. A child can be like a cat in which he will cry by the basement door until opened. Sure, one is motivated by food and the other a basketball hoop, but whining by the door nonetheless. One I'm ok with figuring out the handle, the other not so much. Too bad the one I vote for has no thumbs.

7. Watching your wee one travel in his outdoor car and lean back as if he's cruising and making rap noises can only mean he's watching you. Even if his car seat is reversed. He knows.

8. With children under 10, you will leave the "Frozen" soundtrack going in your car and rock it all the way to work, whether you know it or not. And yes, people at QuickTrip will judge.

9. Hearing your kid learn the words "uh-oh" is cute...until he throws his spoon for the umpteenth time during a two-hour dinner. Then it's just exasperating.

10. A table full of one year olds in full size chairs eating food is hilarious. I should make a YouTube video.