The End As We Know It 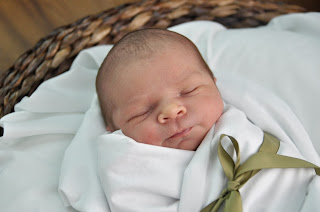 The first of the morning's rays hung lazily between the slats of the blinds, sharp contrasts of light lining the photos and toys hung so thoughtfully in the nursery. Soft snores escaped beneath the cracks of two doors nearby, housing the slumbering gentleman that take up all the room in my heart. Meanwhile, the youngest of them slept soundly in my arms, the home where I anticipate we both feel we should be, serving as a soft place to lay his head until he was really ready to rise and face the day. I counted the wrinkles in his perfectly pudgy arms, laced like rubber bands, then met with tiny palms that pressed against my heart. The very heart he stole nearly three months ago when he entered into this world.

This morning was the last of our dawns that looked like many of the ones the twelve weeks before. The stillness, silence and peace that radiated within the four walls of that room, that house and in the confines of my heart echoing so profoundly, it could only be known as utopia. And though these moments will continue to exist, they will be rattled with conflicting priorities of "real life" and a career outside of maternity leave. Three parts heartbroken, two parts anxious and one part excited, the day had come to return to my office, laced with pre-school artwork, the grins of the gentleman and stacked papers that housed work I generally enjoy. Leave would end - leaving me with the battle of emotions such as the feeling of accomplishment and giving back to the world in the way business can cater to so well to the abnormality it feels to not be and grow with your children.

As the 24 hours tick away before the alarm sounds at 5 a.m., so I began to suit up in the armor it takes to go to war on the heart, the little solidiers' fingers I'm so used to having wrapped in mine no longer serving as a daily part of my army. Though maternity leave had not always been a walk in the park with long, colic-filled days, recovery from surgery, the unachievable strife for balance in a growing family, rediscovering one's partnership and working to understand high intensity emotions, it still served as a bucketful of memories I will ever preserve as some of the best I've experienced in this life. Nothing can replace the gifts I'd been given of time, creativity, friendship, support, experiences and endless amounts of love. No day had been boring or a strife, no moment surpassed as one that didn't hold all that I had dreamed it would be. Better yet, the bucket list had nearly been checked off from house projects requiring completion, KC sites visited, experiences with the kids had, trials with two attempted and best of all, the building of relationships so much deeper than I knew the foundation could even extend.

So though this is the end as we know it, may we look forward to the beginning we have ahead.

I love you dear Squeak. Thank you for giving me three of the best months of my life. Forever mine, forever ours, forever in our hearts.
Posted by Meg at Tuesday, July 16, 2013