"Well, what's on the agenda today that's affordable and where we can take these two looneytoons?!" I asked my husband as he had one small boy by the ankle and the other scaling his back. Two days of rain had landed us indoors, hence it was time to escape western Shawnee on a limited budget with two little people under five. So, to the new Prairiefire area out south we went, our fingers crossed they'd deliver on hands on fun that accepted fingerprints, small shouts and parents who had nearly given up.

And you know what, they did!

Though it's not LA or NYC where I hear you can get lost in fabulous alleyways for hours, coming upon treasures you couldn't find anywhere, else, it was a breathe of fresh air to see something new out on 135th and Nall. With a sort of Zona Rosa/Park Place feel, Prairiefire's streets were new and appropriately crowded with families enjoying meals out on patios of restaurants we haven't yet experienced, dates catching movies at a clean looking theater, an intriguing collection of boutiques that surely had things I must buy and one of the most beautiful natural history museums I've seen from the outside. So we started there: 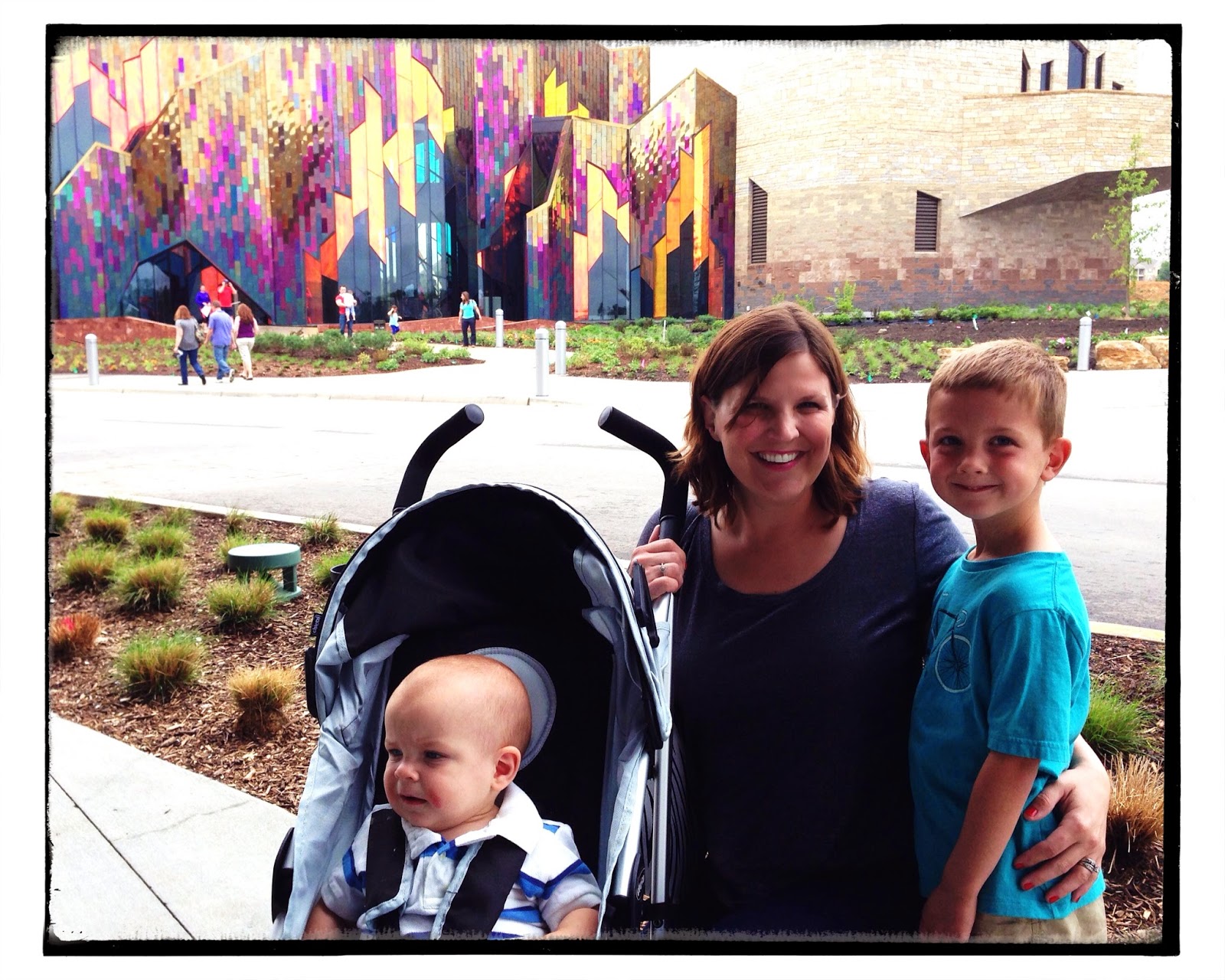 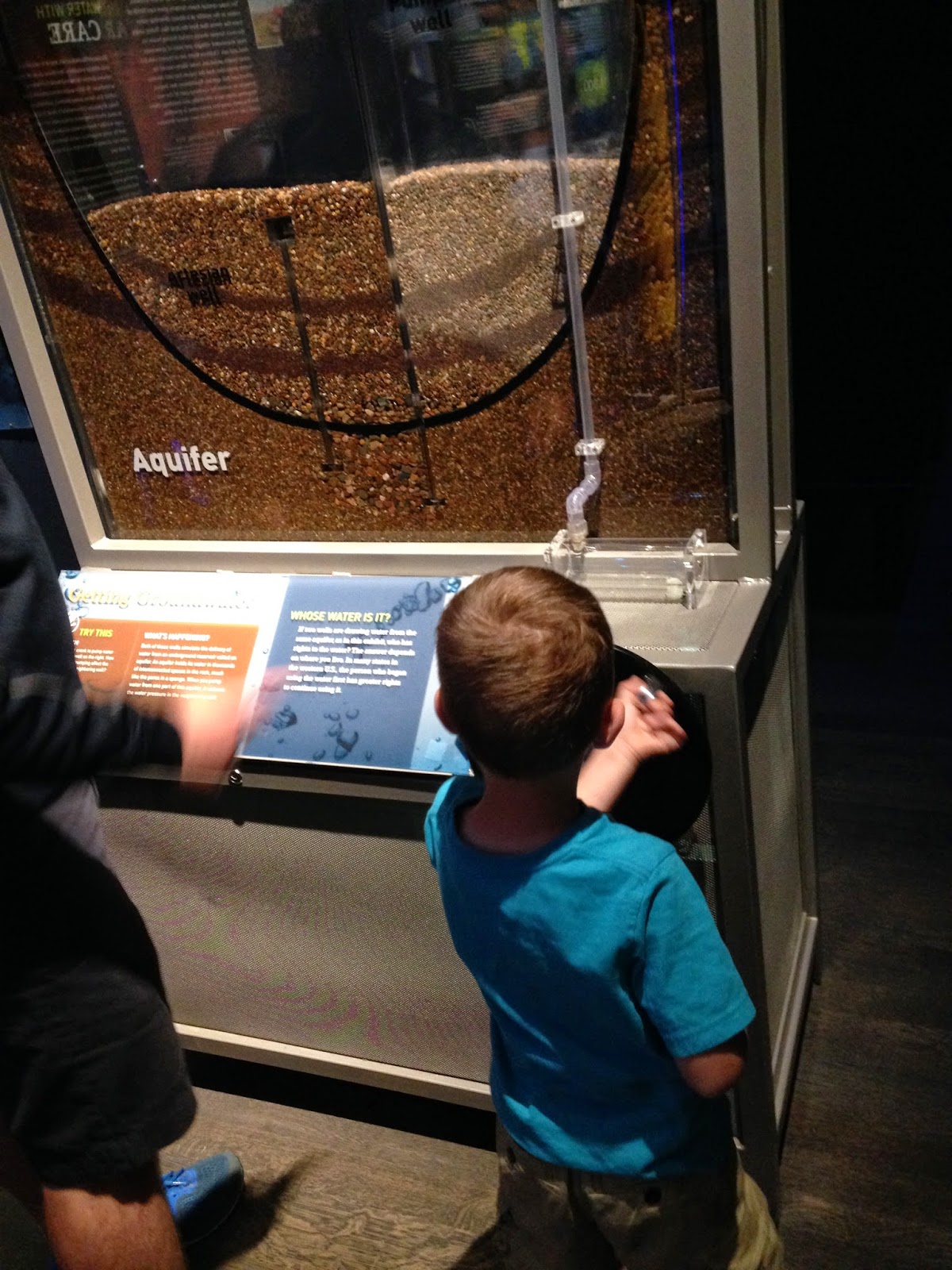 Decently priced, we choose a package that could handle the kids' attention spans, a bit bummed the last chance to do the children activities had closed for the day. One short line and helpful, friendly staff chats later, we entered to large, upright fossils and interactive exhibits that captured the  Big's attention for a good 15 minutes. By the way, GENIUS of the museum to start with a huge TV screen that features dinos appearing to stand right next to you so little men like ours could pretend to fight, pet and run from them.  That was our selling point to get the preschooler into the next piece - the water exhibits. Lined with fascinating facts and some hands on, easy to read, just the right amount of engagement highlights, we made our way through until the Big's hopes of something more like Great Wolf Lodge (we told him it was a water exhibit) were too far dashed. The Little was captured by the interesting lights and large statues throughout with a little distraction of his friends, the graham crackers. We look forward to catching the next exhibit - perhaps with a bit more clarity for the Big for a bit longer adventure.

Next, we hit the much anticipated Burgifi at Park Place. With open air seating, friendly staff delivering free ice cream to kiddos and reasonably priced burgers with the most delightful buns, we found one of our new favorite spots. The boys' confirmed this with several dance parties to the constant flow of rock music, causing the other patrons to giggle over their delectable shakes and seasoned fries. Yum.

We ended our evening at another spring/summer favorite among the grassy null and streaming fountains: the open area at Park Place. For hours the boys tossed balls back and forth, went puddle jumping, made friends out of strangers and even enjoyed some gelato. Not to mention someone took his first two steps! 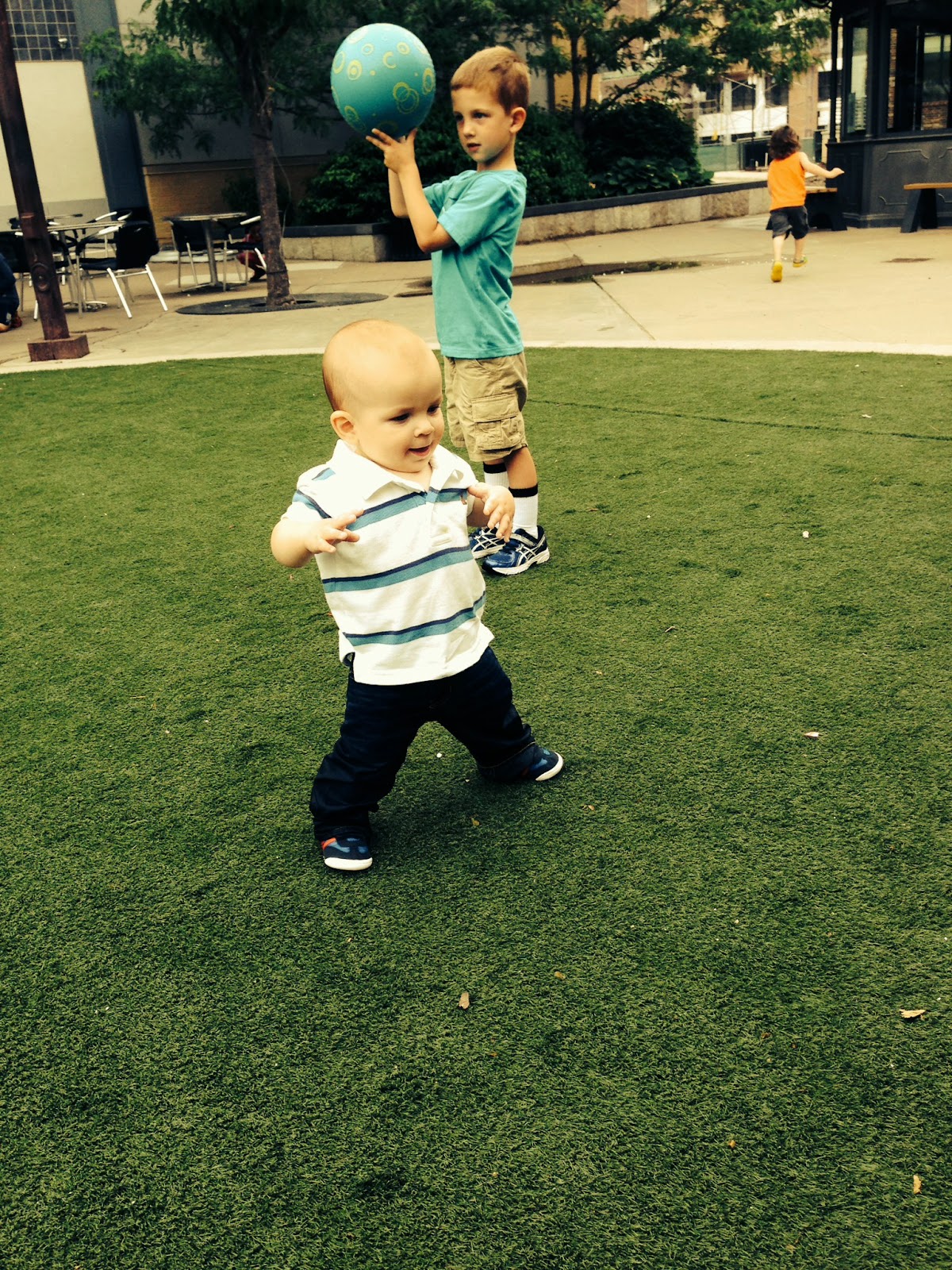 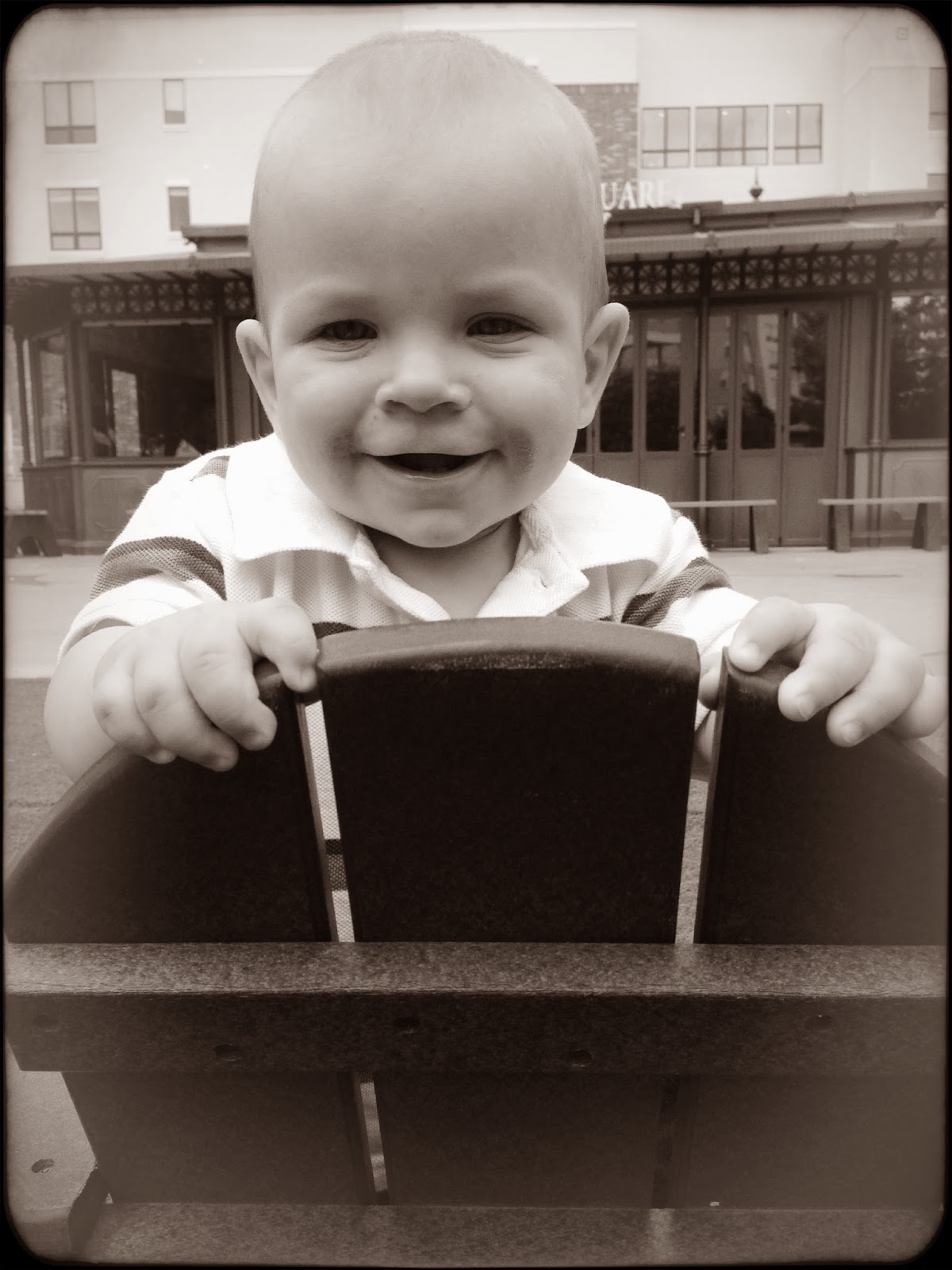 KC, we love you. We'll never leave you. Especially if you keep adding all the goodness like Prairefire and the hoards of restaurants that leave us on one of America's shameful lists. But hey - at least we're happy!

And Prairiefire: we'll see you this Saturday to test out Pinstripes with bocci and booze over dinner!

Kansas Citians - give it a try! It's a little slice of fun and yum in the 'burbs.